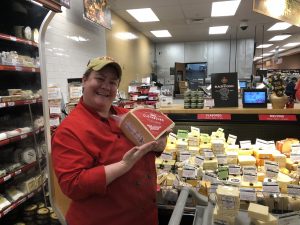 When our high school guidance counselors ask, “if you had a million dollars, what would you do?” and that was suppose to indicate what career path to follow. At 35, I’m still figuring out what I want to do with my life. When I started college, I thought I’d be a high school history teacher which I quickly realized was not for me. My first job after college was working part time for a college study abroad company. For a few years I worked in social work with adults with special needs in Denver and a brief period in Minneapolis. Loved it but it didn’t last. By the time David and I met, my heart just wasn’t in it any more. I occasionally worked some retail jobs that never lasted more than a few months. I just didn’t know what I wanted to do.

The first couple years David and I were together (dating and married), life was good. But eventually we wanted to shake up our lives. I was in between jobs and directionless, and David was ready to make a change. I thought I’d try my hand at real estate and David moved into beer. Real estate fizzled out for me and never really gained any traction. Beer really took off for David. He became a TIPS trainer to work with establishments about safe service of alcohol. He took several course at the Siebel Institute in Chicago and Doemens in Munich, Germany. One course took David away for 6 months I eventually took a job at City Market working in the specialty cheese department. When I first started, I really only took the job for the benefits and to have an income to help pay the bills while David was away but quickly discovered that cheese was for me. I’ve found a new direction that I could be excited about. It took a few years of growing pains and time apart but February 2018 we were both loving our job changes and new career paths. 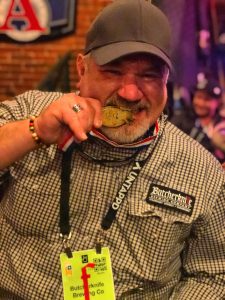 2018 was a great year for us as David won a gold medal at GABF with Butcherknife, and I was content working my cheese counter but we kept talking about what our next move would be. What do we want our long term goals to be? Do we want to stay in Steamboat? Back to Denver? Somewhere else? David wants to own/open his own brewery. I want become a Certified Cheese Professional and continue working in cheese, potentially opening up my own store of some kind. But what do we do between now and then to set us up for success?

We’re starting to talk about traveling! Where can we go, nationally and internationally, that could help with career development and product knowledge? What beer and cheese can we taste that we haven’t already? What breweries, creameries, farms, and retail stores can we visit? What do we like or don’t like to take back to our prospective businesses?